I’ve been trying to get my head around 3D printing. In the futuristic sense of the word it’s the manufacture of a hot dog complete with relish and mustard. It’s such a transformative technology that I’d like to get in on the game somehow, not only read about it. This is an attempt to put stuff onto paper. Pardon the rambling.

Let’s divide the making of things into five mechanical categories, and see if something useful comes of it: Additive, subtractive, shaping, combining. (Molding might be the fifth, or perhaps it’s of the combination order where the object that is being created is the mold, which combined with steel or what–have–you causes the negative object. Ignore for now.)

The combination of things requires things to combine, the shaping of things requires a material that is malleable besides whatever other qualities you need, the subtractive production (milling, cutting, etc.) need a hunk of material that is bigger than your end result. The additive model allows you to work in multiple materials, at once combining things for whatever function you need them to fill. Today this mostly means a working ball bearing or a surgical knee replacement. This is the technical side of things. 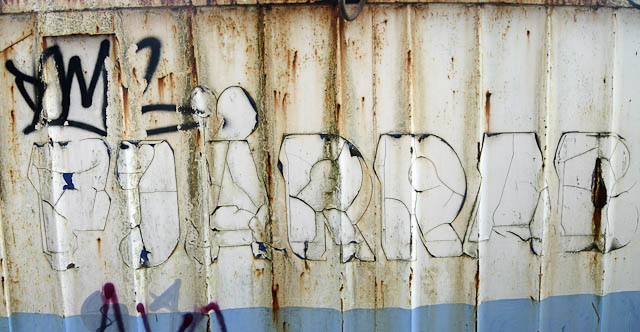 Some are predicting wholesale piracy, and once the technology becomes cheap enough eBay will surely be flooded by original copies just as The Pirate Bay will be flooded by CAD/CNC program instructions. The joke isn’t lost on anyone that the name of The Pirate Bay will rub off on the auction site once everyone with a RepRap or MakerBot gets up to speed with replicating materials. And why not?

If the remix and DIY approach will hold true for personal fabrication (fabbing) then you’ll be forced to shift gears from “is it what it says it is?” when you relate to objects, to “is it what I want?” Trending and social constructions will still exist because we’re social critters, but they will have to take something else into account (another quality or justification, however arbitrary) and branding of objects might become less relevant.

Michelangelo’s David has been 3D scanned by Stanford and they’re limiting access to the the model, but how long before it’ll be pirated? Once you have an accurate replica next to your garden gnome, does the original matter at all? (If being original is the bees knees, why so afraid of copies? If it’s only a matter of making money by selling the reproduction rights, the losing battle that the music, film and game industries has fought the past ten years is on the doorstep of museums and industrial designers.) Home fabbing is killing IKEA!

We’ll manufacture and use stuff as if it was real but with no sense of “real” left. It’s the post-scarcity of technocrats combined with a corruption of the traditional understanding of materials. It’s a change in volume and sheer numbers, if not in the way we approach things. Material nihilism maybe?

Above is the latter part of the end keynote that Bruce Sterling gave at the ReBoot conference. [via Warren Ellis] It’s his take on where we’re heading ideologically and how we can find value in life. He does sound like a whiny old fart part of the time, and there’s little love for his audience, but it’s an articulate rant and I’m not one to scoff at someone who thinks about these things for a living.

Sterlings notion that we ought to get a proper bed and a proper chair make sense if what is left of the objects are our use of them and if the value they provide are somehow measurable by us in a non-arbitrary way. (“Being well rested” is a concept we understand. Extend this to more arbitrary objects and you’ll notice that we have few things that actually carry meanining in the sense that an object in and of itself carries meaning.)

Jamais Cascio referenced the speech with specific regard to how Sterlings ideas relate to 3D printing. Cascio draws parallells to what Postscript and LaserWriter did for desktop publishing in the mid 80’s. (Hollow, bold, underline, cursive Chicago, anyone?) The article is The Desktop Manufacturing Revolution and it’s a good overview of the technology and some of it’s implications.

We should stop saying ‘Is this a good thing or a bad thing?’ and start saying, ‘What’s going on?’. It’s a quote attributed to Marshall McLuhan by Liss Jeffrey and it’s a sensible suggestion.

While teaching future architects at Chalmers I was impressed by their approach to materials and created objects. It is as much a part of their problem as it’s a boon, but they all treated their models as incidental to the process of architecture. The objects didn’t hold any value except what they said of the overall project.

This is in line with how rapid prototyping has been used up to now, and also diametrically opposed to how many artists approach objects. Technically speaking, an artist can’t take a shit without creating an objet d’art, so we tend to guard whatever physical objects we produce. (Piece of art and piece of shit is interchangable in some peoples minds, but even for them it’s the piece that is important.)

But where an architect might view the printed 3D object as a stepping stone to a real object, fabbing offers a rejection of specificity of objects all together – i.e. a knife at your throat bears meaning on your life and well being, but it’s not really important what kind of knife it is. In this hyperbolic example you would do well to ask the McLuhan question: Is the thing at my throat sharp enough to harm me?

I’m being silly and perhaps these ideas don’t apply to all situations, so let’s focus on art and 3D printing. First of all, we’ll have the meta art: “Ooh, you’ve carved a small replica in wood of something that you randomly generated in your 3D printer to make a point about originality. Good for you!” It’s unavoidable and to a certain degree interesting for the debate and theory (I made my Virtual Photography series because I wanted to make a point about virtual worlds and photography) but it’s the next step that will be interesting: The abandon of material sacrament.

Artist scientists, spefically mathematicians, have experimented with rapid prototyping and sculpture. They are in the odd position of celebrating the pure æsthetics of mathematical shapes and concepts. Carlo H. Séquin is a physicist who has collaborated with artists and sculptors who work with pure form. His article – Rapid prototyping: a 3d visualization tool takes on sculpture and mathematical forms – is the only artistic reference Wikipedia has on 3D printers, and it has very little to do with modern art. The area seems ripe for experimentation.

What I recently wrote about ARGs (Alternative Reality Games) seems applicable to 3D printers. You get an excuse and a means to remake the world in your own imagination or buy into someone elses, literally. Interpretation and allegory – traditionally the priviledge of priests and artists – is now a technological issue, not a metaphysical one: If you can print anything that money can buy you might as well print money. Fake money buying fake things in a fake world; Truly a map on a 1:1 scale if there ever was one.

If it wasn’t for the inertia of societies the end of this process would find us in a copy of Second Life where we’re all pointing at colourful things and going “meh”. As it stands, this process of virtualising maybe isn’t about shifting the way we manufacture and appreciate things, but will help us remove the clutter – take away everything that isn’t interesting and special and super and reveal the social superstructure onto which the objects were fixed; That designer lamp you liked is only a Google Warehouse click away. (Much in line with what Sterling is suggesting, but not because of an appreciation of craftsmanship or purposeful living but because it’s meaningless in a literal sense.)

Besides the artisan or mundane stuff that we for one reason or another love, objects are deconstructed in a way we should recognise, that of Platonic idea and instance. (But here the idea of an idea isn’t a reductionist problem but the foundation for discussion, the new modernity as Nicolas Bourriaud put it in a recent lecture at Valand.) It’s as if the object becomes stretched out in two directions until you have the plastic, wood and metal in one hand, and an idea or social category in the other. Ceci n’est pas une pip and so on.

I might be lacking whatever gene it is that makes some of the bicycle people not as enthusiastic about my boom-bike as I am. I see it as an instance of a bike, an embodiment of features and designs and materials that under other cicumstanced would be a fancy Bianchi. So when I see the titanium rapid prototyping that Arcam offers I imagine that I could recreate my beater as it was built. The object is incidental, what we imbue it with is not.

You could argue that I am a vulgar person with no appreciation for workmanship. And you would be right.